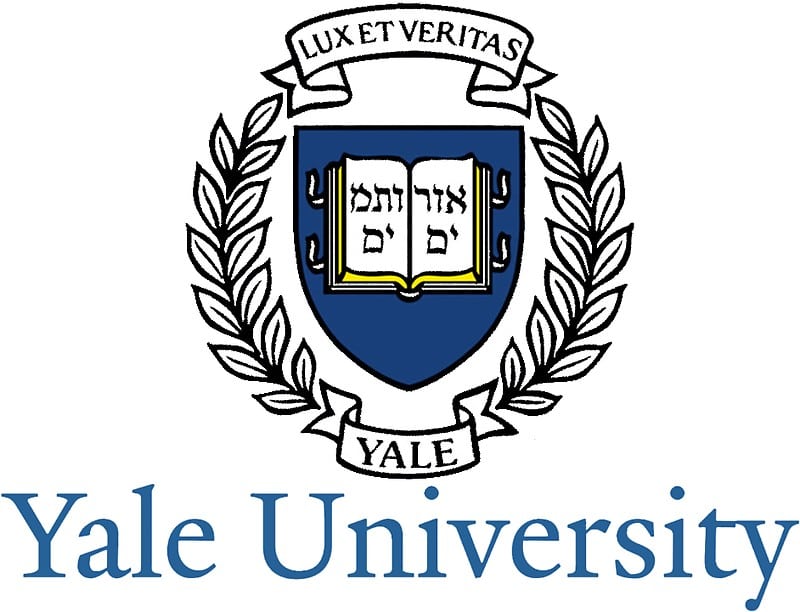 In this address I will offer an interpretation of what I view as a cultural and spiritual crisis of Europe in terms of the crisis of liberalism. Even if much of what I have to say refers to the West as a whole, I will speak specifically about Europe, because the problem is more serious in Europe and because I am European. And I will focus on liberalism, because it is the main idea underlying European democracies and because I happen to be an admirer of this great tradition of thought.

The title I have chosen echoes that of a brief piece written by Kant in 1766, The Dreams of a Visionary Illustrated with the Dreams of Metaphysics. The analogy with my subject lies in this. Just as for Kant it was important to solve the crisis of metaphysics as it spread scepticism about the most fundamental problems of mankind, so it is important for me to resolve the crisis of liberalism as it fuels that relativism that I consider to be the main cultural factor responsible for the crisis of Europe.
As is well known, the most insidious risks of liberalism have always been the “positive liberties”, to use I. Berlin’s terminology. These are the liberties to possess means and allocate resources via political power in order to achieve economic equality and social justice. By increasingly incorporating these liberties, liberal regimes have become “hybrids”, usually denoted as “liberal democracies”. In parallel with this evolution the liberal doctrine, too, has become a “hybrid”. In its recent version, it takes the form of “pluralism of values” or “liberal pluralism”, as it is called.
Liberal pluralism starts from a fact: the life-styles and the conceptions of good are many and may be mutually incompatible. The main problem liberal pluralism addresses is how to combine this fact, which refers to individuals or groups, with the value of identity and stability, which involves society as a whole, both national and, in principle, human. Especially in an age of immigration, as well as radicalism, fanaticism, and terrorism, the most urgent question facing Europe is: what should be done when pluralism causes value conflicts and these, in turn, give rise to clashes among different traditions?
European culture today seems no longer to provide a sound answer to this question. Some, like the post-liberal philosopher John Gray, maintain that liberal regimes «are only one type of legitimate polity, and liberal practice has no special or universal authority» [1]. Others, like the late “deconstructivist” Jacques Derrida, take liberal regimes as actually illiberal. Still others, most notably Jürgen Habermas, claim that liberal democracies do not need any ethical basis. But if this is true, we run the risk of being like Kant’s visionaries who by day are unable to give credible objective foundations to their nightly fantasies. This is my fear, and I will try and explain why.

2. The crisis of Europe

Europe can mean two things: European Union or European civilization.
After the refusal in France and the Netherlands to ratify the Constitution and the reservations expressed by many other countries, the European Union is now going through a difficult political crisis. In my view, the reason for this state of affairs is that the European Union has failed to choose either of the two paths that were, and still are, open to it. The first path is to become a large economic area with the minimum institutions required for this purpose. The European Lisbon 2000 Agenda promised that the Union would become «the most competitive and dynamic knowledge based economy in the world, capable of sustainable economic growth with more and better jobs and greater social cohesion».
Barely five years later, on 23 June last, the British prime minister Tony Blair said to the European Parliament: «Tell me: what type of social model is it that has 20 million unemployed in Europe, productivity rates falling behind those of the USA; that is allowing more science graduates to be produced by India than by Europe?».
My answer is: Europe did not implement the promised reforms. As a result, European countries today have gone back to pursuing their own national economic interests. The discussions over the reform of the Maastricht Treaty are one such case. The recent decision of France to exclude several of its “strategic” companies from financial competition is another example of this backtracking with respect to European common interests.
The European Union has not followed even the path to becoming a great geopolitical power. A geopolitical power takes on global political responsibilities, either alone or together with others. It is a principal actor that does not wait for world problems to solve themselves or be solved by others. Unfortunately, this is precisely what Europe has done in the case of the war in Iraq, with Israel, the Middle East, Iran, and the many crises, down to the domestic one in the Balkans, in which Europe has not made its voice heard. As though it could delegate its own responsibilities to America and then criticize American unilateralism.
Why is the European Union so weak and divided today? My answer is related to the second meaning of Europe I have referred to – that of European civilization.
European civilization – in my opinion – is today suffering a crisis of identity, of rejection of its own tradition, of moral and spiritual depression [2]. The most emblematic case, as well as the most serious symptom, seems to me the discussions on Islamic fundamentalism and the reactions to terrorism within European intellectual èlites and some political leaders.
These discussions have revealed a sort of “guilt-syndrome”. If Islamic terrorists have declared a jihad against us – many argue – they must feel resentful towards us. If they feel resentful, this must be the result of social and economic inequalities. If such inequalities exist they must be the fault of the West, and above all of America, with its economic power, military imperialism, and cultural arrogance. And ultimately, if the West is guilty of all this – as indeed it is, because it tries to promote and export its own life style as though it were valid for everyone everywhere – it deserves everything that happens to it. The conclusion is: it is all our fault. More exactly: it is all America’s fault.
I do not agree, but my question is: why are this mood and way of thinking so widespread in Europe? Here is where the crisis of liberalism comes to the fore.

3. The crisis of liberalism

4. From free society to good society

There is one problem that liberals have traditionally and typically neglected, it is the problem of the good society.
When we are not alone – that is, never – and when we live together – that is, always, we do not want just our individual freedom, individual autonomy, or individual equality. As members of a demos, we want more than a free or open or pluralistic society, we also want a virtuous, identitary, good society. It is true that these two kinds of societies.

Cardinal Ratzinger, now Pope Benedict XVI, has written: «there is a growing impression that Europe’s value system, its culture and its faith, on which its identity is based, has run its course and has indeed already left the stage» [8].
The debate surrounding the European Constitution seems emblematic in this regard. When the heads of state and government were called upon to define European identity they responded by writing down two preambles to the Constitution, one more generic than the other. The preamble to part two – the European Bill of Rights – refers to the «spiritual and moral heritage» of Europe. The general preamble makes a step further and refers to its «cultural, religious and humanistic heritage». Both formulas are clearly and deliberately vague. To say that we have a cultural and religious heritage is as enlightening as saying we are children of our own parents.
Why omit the fact that our roots are decidedly Judeo-Christian and Greco-Roman? Why deny a fact that is so visible in all our squares, in our basilicas, in our monuments, in our art, in our assemblies, in our codes and charters, in our individual and collective behaviours? Certain truths are undeniable. Without the laws of Moses and the crucifixion of Christ, we would not have those moral sentiments that makes us all – both believers and not – feel we are brothers – equals and compassionate. Without the critical reason of the Greeks and the laws of the Romans we would not have those ways of thinking that underpin our public institutions. This is where the baptismal fount of our tradition, both spiritual, and civil and political, lies. This, for us, is the main source of our good society. Why does Europe not say that and write it down in its Constitution?
My answer is that if Europe acknowledged its roots, it ought to defend them. But Europe has lost confidence in the universal validity of its principles and has lost the awareness of its tradition. As a consequence, Europe is not ready to define its own identity and to defend it. Even the concept of respect seems burdensome.
Here is an example. An eminent Italian cardinal recently said: «a person who comes to our country has his own identity, culture and religion. I know that all this would imply a discourse on reciprocity: however, we cannot lower ourselves to the level of those who will not allow you to display a crucifix, prevent you from going around with a Bible or imprison you if they catch you praying. That is just not our way». Quite the contrary, it should be. Our crisis will worsen if we restrain ourselves from demanding mutual respect from others.
By way of conclusion, let me sum up my point of view. We are in the midst of a crisis. In order to overcome it, we need both a free and a good society. Our modern idea of the free society derives from Locke, Kant, Mill, Hayek, Popper, Rawls and many others. We can argue for it by claiming that the basic or primary needs of all men form the nucleus of a table of human rights [9]. This, in my view, is sufficient to refute ethical relativism. Our idea of the good society comes to us from Moses and Jesus Christ, Aristotle, St. Thomas and many others. We can defend it by claiming that even non believers nevertheless appreciate the time-honoured values that stem from the Bible and Gospel. This is sufficient to reject moral agnosticism.
But this is still not enough. The free society and the good society are two traditions. European history has rendered them compatible but they do not necessarily coincide since the hierarchies of values stemming from the Judeo-Christian tradition are not always the same as those demanded by the evolution of civil society and because other faiths with other hierarchies exist. We therefore need “reasonable compromises”. After all, this is what Europe is always looking for. But we are not in the best position to do so, because we will never be able to find reasonable compromises if we weaken the critical tradition of liberalism and the religious tradition of our forefathers [10].
In today’s Europe relativism has enfeebled liberalism and secularization has debilitated religion. Those who love Europe and consider European political unification to be a great historical occasion should reject this state of affairs. Those who have been nourished with liberal principles and are imbued with Judeo-Christian values should strive to go beyond it. A reform of liberalism and a renaissance of religious sentiments are what is needed to overcome Europe’s crisis. This is my view. I hope it is not a fantasy like that of Kant’s visionaries.