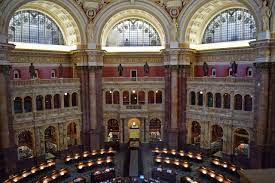 Lecture before the Library of Congress, Washington DC

1. Filangieri and Franklin, Europe and America
It is a well known fact that Gaetano Filangieri was an admirer of the American Revolution. In his view as he wrote in his Science of Legislation of 1780 Pennsylvania was “a nation of heroes, the asylum of liberty, and the admiration of the universe.” (The Science of Legislation, Engl. transl., printed for Thomas Ostell by Emery and Adams 1806, I, xi, 150). Of the several posthumous editions of this great work, one was dedicated to George Washington and another to Thomas Jefferson. He corresponded with Benjamin Franklin to whom he asked to be invited “to participate in the great Constitution being prepared in the United Provinces of America, the laws of which are to determine not only their fate, but also the destiny of the whole of this new emisphere.” (Quoted in A. Pace, Benjamin Franklin and Italy, American Philosophical Society, Philadelphia 1958, p.151).