Home » Sala stampa » Interventi » We have an obligation… 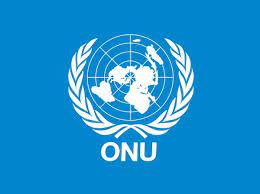 In this special session of the General Assembly we are confronted with many an obligation. The list is long and the burden it poses upon us is heavy.
We have an obligation to tell the truth. The Holocaust is not the product of imagination or propaganda or rhetoric. The Holocaust was a tragic, unique, fact of history. Those who deny it, underestimate it, or try to revise it, are simply committing another crime.

We have an obligation to remember and pay respect to the memory of the millions of human beings who were gassed, tortured, starved, forced to die in the most humiliating manner.
We have an obligation to understand. How was it possible that Europe, at the peak of its civilization, could commit such a crime? How could Nazi Germany, Fascist Italy, collaborationist France, and many others, become responsible – in different ways and to different extents, but in any case responsible -, of such immense massacre? We cannot place such responsibilities on the sudden madness of people. When whole countries go mad, it is because people have been brainwashed with, or dominated by, violent ideologies, false myths, illiberal views. The Holocaust did not come out of nothing. Culture paved the way with such perverse ideas as “Will to power”, “Superman”, “Conspiracy”, “Race superiority”. Politics provided the arm of legitimacy. The Nazi regime supplied the rest: a carefully masterminded plan aimed at depriving an entire population of its very identity and existence.
We have an obligation to commit ourselves to that fundamental value of the dignity of the person – any human person -, which Europe learned from its Judeo-Christian roots, fought for during the wars of religion, and lost when it fell victim of the idea that individuals count for nothing and their autonomy is to be submitted to the “destiny” of the masses or the states, taken as independent moral subjects.
We have an obligation to teach, spread, defend, sanction, the principles of freedom, tolerance, respect, solidarity, which are the best antidote against any sort of discrimination among the rights of men and people.
We have an obligation to fight for and against. To fight for those rules and ideals of liberty and democracy underlying an assembly like this and the Charter of the United Nations. And to fight against those who deny them.
Finally, we have an obligation to admit that anti-Semitism is still with us. Today, it also feeds on such subtle and insidious distinctions as are often made between Israel and the Jewish state, Israel and its governments, Zionism and Semitism. Or it crops up when the struggle for life led by the Israelis is labelled “state terrorism”.
All this leads us to a disturbing question. Can the Holocaust happen again? Rationally speaking, it cannot. European totalitarianisms have given way to democracy; our societies and citizens enjoy unprecedented levels of freedom; civil rights are guaranteed by our constitutions and covenants. However, realistically speaking, we must be alert to the new risks.
Since I am Italian, I put the emphasis on Europe and the West. While our civilization grows in terms of economic prosperity and social justice, it shows that it is late and weak in addressing the emerging threats posed by the resurgence of religious conflicts and international terrorism based on fundamentalism and fanaticism.
Today’s Europe feels a sense of moral stress and is suffering from a crisis of identity. It is affected by relativism, nihilism, multiculturalism, pacifism, anti-globalization. Then, one should not be surprised if in a recent European poll, 60 percent of the respondents put Israel – along side the United States – among the countries that pose the greatest threat to world peace. Or if Europe has not been able to make reference to its Judeo-Christian roots in its Constitutional Treaty.
This is a deplorable state of affairs. It is also a risky one. If we lose faith in our origins and distort our identity; if we believe that our core values are no better than others; if we start thinking that the cost of defending them is too high; if we give in to blackmail or fear, then we have no more instruments to counter the anti-Jewish racism which continues to poison us than we have to counter the fundamentalist and terrorist racism which puts peaceful coexistence at risk. On the contrary, if we agree on fundamental human rights as they are enshrined in many international Charters; if we use them as a standard all cultures and civilizations should respect; if we continue to fight to affirm them; if we stand up to tyrants and make their lives hard, then we will not suffer those atrocities ever again and we will not face similar ones.
Much has been done. In Italy, we have passed bills against anti-Semitism and racism and passed resolutions in Parliament, we have a national Shoah commemoration day, which we observe every year in our institutions and schools, we currently hold the Presidency of the International Task Force on Holocaust Remembrance. But more needs to be done, because the challenge is serious and the stakes are high.
Sixty years ago, when Auschwitz and other Nazi camps were opened, Europe and the whole civil world realized that they had turned their eyes away and felt guilty because they had not been far-sighted enough, had not found courage at the right moment, had not acted in the right way. Today we must do exactly the reverse. It is up to us: if we want to, we can do it.

Home » Sala stampa » Interventi » We have an obligation…