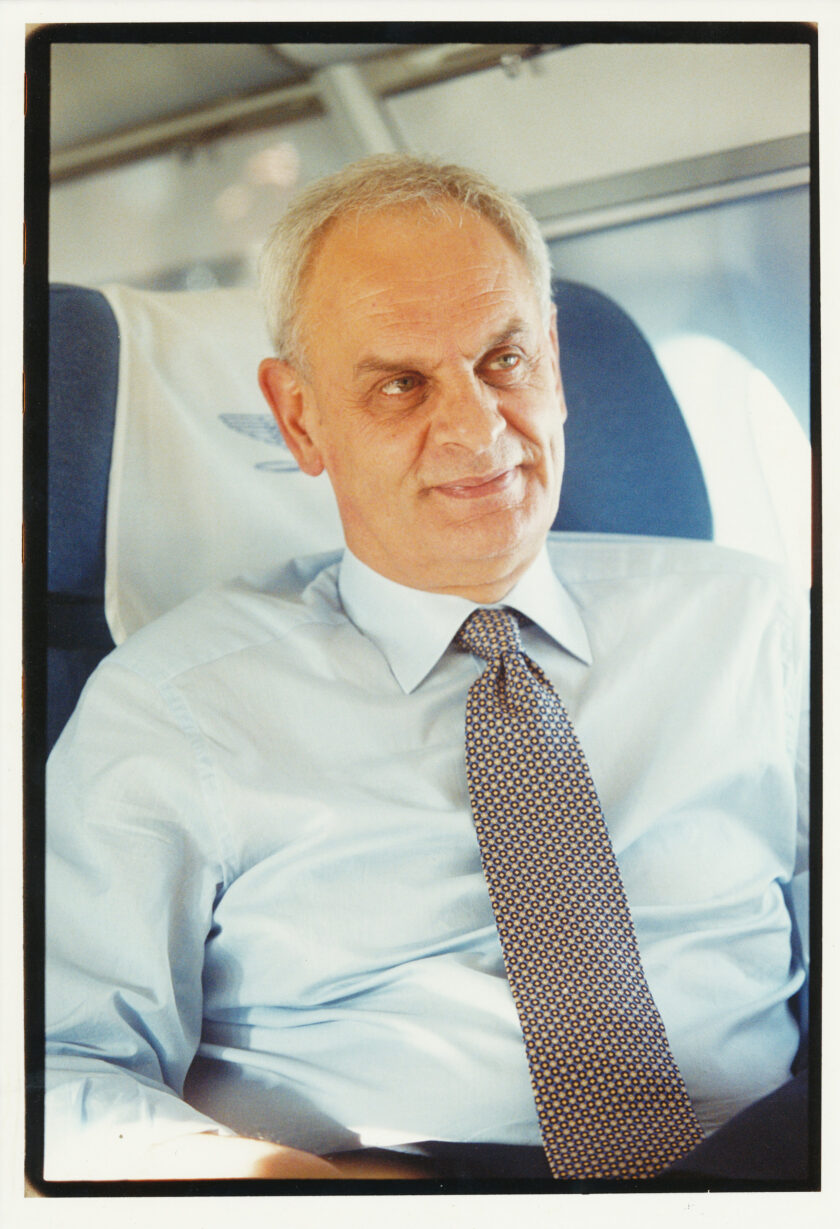 The cultural bridge between Italy and the United States

1. Provost, Americana and Italian guests, dear colleagues and students. First of all, I would like to thank you for the invitation to give an address to the inaugural ceremony for the doctoral degree in human sciences, which unites the universities of Catania, of Reno Nevada and Mississippi State. Secondly, congratulations for the initiative. And thirdly, warm greetings and my best wishes for a job well done.

I believe that the honor that I am receiving is due to various reasons. Perhaps because I taught at this University for several years. Perhaps because I am a friend of several professors in this new program, first of all professor Coniglione who certainly is its first Motor. Perhaps because, some time ago, I suggested to my young colleagues here in Catania to cross the Ocean. And perhaps because I consider myself a friend of America and of its culture. The fact that I am an ‘ex’ – ex professor, ex scholar, ex author of books, and many other exes – lends to what I am going to say the weight usually reserved for speeches given by old men who, as is well known, are tolerated out of a sense of resignation. So I will wear on your patience briefly. The doubt as to whether you have missed a real opportunity or avoided deathly boredom will grip you forever.
The subject of the cultural relations between Italy, and more generally between Europe and the United States, is not, in my opinion, only cultural but political as well. Therefore, I would like to look at it from both points of view.

2. I’ll begin with the cultural aspect. As you give birth to an inter-continental doctoral degree in human sciences, philosophy – supposing that solid philosophy is still being studied in our universities – helps me arrange my remarks.
It is more or a less a truism, although an enlightening truism, that there is no such thing as local or solitary or individual science. Universality and solidarity (or cooperation) are the connotations of knowledge. This can be seen also in the fact that this new doctoral program unifies and Italian university and two American universities, each quite different from the other.
Naturally, cooperation does not exclude competition. To the contrary: knowledge is discovered by inventing it, just like Christopher Columbus with the discovery of the American continent or Galileo with the discovery of the law of inertia. But in order for an invention to produce authentic discovery, the ideas of the inventor must be discussed, criticized, checked and controlled within an open community. Intellectual competition is therefore an essential ingredient of the sciences, including human sciences, which are the most controversial and the most ambitious.
But there is another aspect that must be highlighted. Intellectual competition requires institutional competition in an open market, and this is not possible if universities are self-sufficient or self-referring systems.
Those who have experienced both Italian and American universities know that this is where the main difference between the two systems lies, far more than in available finances, or in the number and size of universities. The term, and even more so the concept and practice of competition, while widespread in the American system, has been banned from our academic vocabulary for countless years, and still today is disliked by many, even though all honest minds have come to recognize the failings of a system that aims at rewarding equality to the detriment of merit.
Luckily for us and for them, our American colleagues are today less insular than they were in the past. They travel, they come to Italy where they give lectures and seminars, they work in our laboratories. When they do it is because they believe they are enriching themselves intellectually and benefiting professionally. None of them would think of complaining about the phenomenon that in Italy is called ‘brain drain’. Supposing we are really talking about brains, which are quite a rare commodity, and there really is a drain and not just a normal circulation of people in search of better opportunities, it is obvious that this phenomenon derives precisely from that perverse ideology according to which our universities must be, as far as the student body is concerned, a place of free learning in which everything is given to everybody irregardless of their merits, and as far as the teaching faculty is concerned, a job in the public administration much like any other, irregardless of vocation and results. To date it is still not uncommon to hear people saying that in Italy the right to a university degree is a right of citizenship. This is one of the many perverse consequences of the European and Italian idea of social equality. Unfortunately for us, Rousseau and Marx, often sprinkled with the Catholic culture of charity at the expense of the community, continue to amass victims.
This is, I believe, the main cultural interest in our relations with American universities: to collaborate and compete with them. Initiatives like the one we are inaugurating today will allow us to understand that if our system does not have the same level of excellence on the international market as the American one that does not depend on any intellectual inferiority on our part but on an institutional weakness. Capabilities, intelligence, talent and research spirit are like the common sense according to Descartes, that is evenly distributed, and can be developed in Nevada or in Mississippi or elsewhere. To help them emerge we need only create the conditions for support: competition will do the rest.
I am well acquainted with the objection: this is social Darwinism, and naturally the concept sounds like a dirty word to our gentle ears. But I wonder, if poor Darwin is called on today to ‘break the spell’ of nothing less than religion, as the social scientist Daniel Dennet would have it, why can’t a bit of Darwin be used to break our academic spell? Since this is precisely what Catania intends to do, this is also one more reason to be satisfied.
Still speaking from the viewpoint of the cultural relations between the United States and Italy, I would like to stress another aspect, this time from an American point of view. For many years Italian students and faculty have benefited from the opportunities available mainly through the Fulbright Foundation. This is how many of us crossed the Ocean and got to know and be known by our American colleagues. Now the Catania doctoral degree is a change of direction because it makes it possible for American students and faculty to get to know and be known by their Italian colleagues. If first Italians discovered America, now Americans can discover Italy, not only its music, language, landscapes and at least in Catania, beautiful women, but also its culture, inventions, research and discoveries. The globalized world, that science especially helped create, makes new opportunities possible for both.

3. This brings me to the relations between Italy and Europe with the United States. The subject is not foreign to the doctoral program but is an integral part of it because amongst the research topics we find ‘The human and physical geography of Europe as an environment and the creation of European culture and tradition’, as well as ‘The history of European thought with particular reference to moments of bonding to historical and scientific tradition’.
I see that Daniel Dennet must have struck again because the historical and scientific tradition of Europe is mentioned, but not its religious tradition. And although I have yet to become a friar or a priest, I think that if this dimension of European culture is neglected not only will it be difficult to explain Saint Augustine or Saint Thomas to students, but, to stay in the domain of human sciences, also Machiavelli. European science owes a debt to European Christianity. If the latter is removed, then certainly the trial of Galileo disappears, but so does Galileo the scientist.
Apart from this, the project is worthwhile. And naturally, it has political dimensions, because when European tradition is being studied, the political identity of Europe is being defined. And when this identity is defined the problem of the identity of the West arises, and thus the problem of the relations between Europe and America.
In my opinion, European tradition has nourished American tradition. It is impossible to explain the constitutional foundations of America without considering European liberalism. It is impossible to understand America without Europe. Even if it were true that today one has become Mars and the other Venus, as the famous phrase goes, it remains equally true that they are both two planets rotating in the same solar system.
We all know that today Euro-American relations are not what they were some years ago. There is a paradox in this. On the one hand, there is a growing anti-Americanism in Europe and even a tendency to define it in terms of distinction and opposition to America, or to put it mildly, to think of Europe as a ‘non America’, as the English historian Timothy Garton Ash has written; on the other hand, every day Europe ‘consumes’ more and more of America, not just hamburgers, coca-cola, jeans, music, TV talks and Hollywood movies, but also technology, high culture, rules, institutions. And the paradox is getting sad because often those who spread anti-Americanism are the first in line in the battle to win a faculty position or to respond to a call for papers at any American university.
Today’s doctoral degree is an important occasion for a serious exchange of opinions between the two shores of the Atlantic. Since we are loosing contacts, it is necessary to re-launch relations. What is more useful to this goal than a doctoral course that aims to study European tradition and introduce it to American students?
Everyone knows my opinion on this subject. For Italy and for Europe having differences with America is a matter of normality. International relations, even between allied countries are always in line with national interests, which in some cases, can change over time and diverge. But to separate Italy and Europe from America would be suicidal. We have so much history, culture, principles and values in common that we cannot become divided. Moreover, today we have enemies who intend to destroy us precisely because we belong to a single culture and a single civilization. That kind of political continental drift between America and Europe that is taking place has no cultural sense. I understand the reasons: after all Venus is clearly more attractive than Mars. But I do not understand and in any case I do not appreciate the division that risks not only the breaking-up of an alliance, but which places at risk an entire civilization.
I fully realize that here emotions are at play. And maybe it is the old man talking, the one who remembers those Americans who sacrificed their lives to free us from our ghosts, the Marshall Plan, the savings of our immigrants sent back to us, the Fulbright scholarships, and the many other reasons to be thankful. Today’s youth seems to have other horizons, but the elderly have a stubborn memory. And if it isn’t enough, an Italian-American doctoral degree in human sciences is the best remedy. I thank you for this, with just that pinch of nostalgia that always affects ‘exes’. Best wishes.