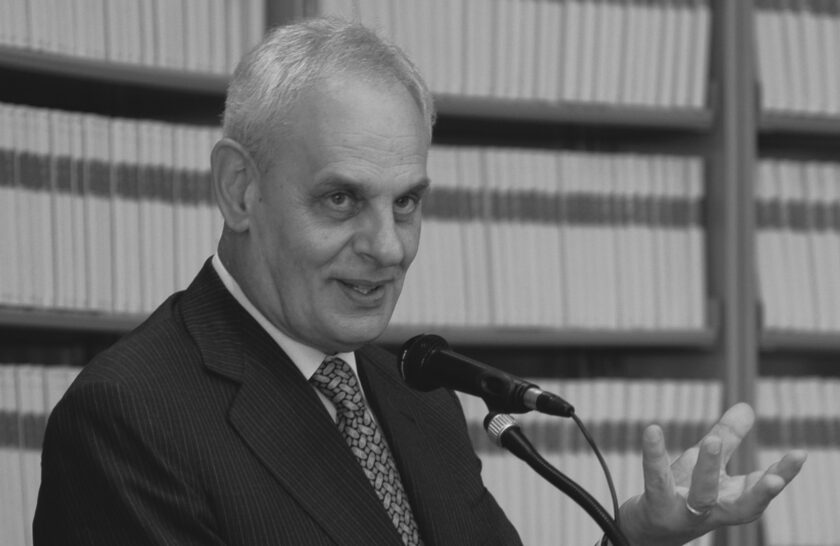 Why Religion should Play a Public Role.
Reflections on Secularism and Europe’s
Bad Conscience

I will look at the issue in discussion by attempting to answer a normative question: why should religion play a public role? My answer looks specifically at Europe because here the question is more serious and urgent than elsewhere. Therefore, my reference is explicitly to the Christian, or Judeo-Christian religion, the traditional religion of Europe. In attempting to demonstrate that religion must play a public role, I will also try to demonstrate that if Europe does not want to lose itself, it must return to its own religious history, which, though often a source of division amongst its people, also gave them their specific civilization and identity.

1. The religious foundations of the secular State

2. Secularism as the religion of State

Now to the second reason which regards political decisions and the content of laws. There is no doubt that the majority of these are value-free and uncontroversial because they usually define the best methods to satisfy the material well-being of citizenry. However, others laws are different and touch on fundamental values, interpret them or apply them to specific cases. The variety and breadth of these laws depends on the growing attribution of State function, from the passage, as they say, from a minimal liberal State – a democratic one to the social one.
According to the famous saying by Lord Beveridge, today’s modern States take care of their citizens “from the cradle to the grave”. But within this temporal framework States find that they have to make decisions on what was once referred to as “matters of conscience”. The modern State is paternalistic: it takes care of its citizens like parents take care of their children. Some specific examples today the State decides how to procreate, whether to let children be born or to terminate pregnancies, how to then educate them, how to get married and with whom, if the embryo is a person, if and up to what point it deserves to live, the right way to die and a whole series of other controversial issues that once were relegated to the private sphere and directed by moral and religious convictions. In short, today the State deals with (issues relative to) religion. The question then is: can a State that deals with religious questions maintain that it is neutral, indifferent, and extraneous to religion? Can it be agnostic?
The answer is no. No it cannot. But if the State is not agnostic, then it interferes with religion and if it interferes with religion it cannot deny that religion has a public role. To the contrary, the State must recognize that religion is a competitor in the public decision making process, it plays a nurturing role, is a point of reference, a brake and a limit. It is up to the people’s religious sentiment to decide whether State decisions on questions of conscience are legitimate. Eliminate that sentiment from the public sphere and the State will have no moral limits, not even those based on fundamental values.
Here too, there is an objection, and here too it is typically French. The objection is that if the State ceases to be agnostic, then it is no longer secular and becomes discriminatory.
Everyone will recall the debate that the law on the veil sparked in France. That law was prepared by the report of a commission presided by counsellor Bernard Stasi. This report defined the principle of the laicity of the State in the following terms: “The spiritual and the religious cannot bear any influence on the State and must renounce the political dimension. Secularism is not compatible with any conception of religion that claims to regulate, in the name of the principles of the religion itself, the social system or political order Secularism makes a distinction between free spiritual and religious expression in the public sphere, which is legitimate and essential for the democratic debate, and influence over it, which is illegitimate.”
It is obvious that in this light secularism is contradictory. The expression of religious sentiment in the public sphere cannot be considered legitimate while at the same time its influence on political decisions be considered illegitimate. The aim of that expression is precisely that of inspiring and influencing such decisions.
There is only one way to resolve the contradiction: allow religion to express itself in the public sphere but oblige it to submit to State established links to that sphere. This is exactly the basis of the French law on the veil and what Prime Minister Raffarin presumably meant when he presented that law to the National Assembly. He said: “Secularity means freedom [it] secures neutrality for the State and its agents.” And added: “Today all the great religions in France’s history have adapted to this principle. For the most recent arrivals, I mean Islam, secularity is an opportunity to be a French religion.”
But if secularism is understood in these terms, then it becomes a sort of national or State religion. And if secularism is a State religion then the State cannot be agnostic or neutral with respect to its own religion and therefore cannot be tolerant towards all the others. The principle is thus: no religion can be admitted to the public sphere with the exception of the State religion. Or, positively: all religions are admitted as long as they convert to, or are compatible with, the State religion. Clearly, this would be a principle of intolerance not of tolerance. If this sounds good to French ears, to me it is unsustainable. A State religion, even if camouflaged by the word “secular”, is State dictatorship. Not only does it reduce the size of the veils and crucifixes to be worn in public, but it diminishes the moral and spiritual dimension of the person.

Since, as I stated at the onset, the framework for my reflections is Europe, I will conclude with an observation on Europe.
Europe has made many efforts to unify, but this has not been achieved.
Economic unification, which is farthest along, produces if it does major advantages but not a sense of belonging to a single community. The supermarket fills shopping carts but does not warm hearts.
Monetary union also aids transactions, but does not produce more unity or citizens than does a credit card. The Bourse speaks to portfolios but not to the spirit.
The same is true for judiciary integration. A person arrested in one country due to the efforts of a magistrate in another does not make the two countries feel any closer than the old extradition warrants did.
Only political union can produce unity, but this requires identity and Europe today has no sense of its own identity because secularism, more than anything else, thwarts one. Trumpeted as the best tool for making anyone a citizen, in reality it has perverse results.
Today, a new war of religion is underway in Europe. Not between Christian confessions as in the 17th century as a result of the Reformation or as in the earlier separation of the Christian Orthodox Church. And not between Christianity, Judaism or Islam either. The war today is being fought between believers and secularists, between those who believe that religion is imbued with a profound sense and a value that is civil as well, and those who deny and confine religion to the free but strictly private sphere, like tastes, fashions, customs and cultural tendencies.
Not even secularists are devoid of religion, they simply profess an anti Christian one, with a God of Reason, Freedom and Democracy and of all the other divinities of the old and new Illuminism. They scored a symbolic victory when they obtained the elimination first from the European Charter of Fundamental Rights and then from the preamble to the Constitution of a reference to the Christian roots of Europe. But they demonstrated their bad conscience when, in order to carry out this act of violence on European history, they used the argument that to recall these roots would mean excluding non believers or believers in other religions, and in particular Islam, from citizenship. How can a charter based on universal values, starting from the dignity of the individual, exclude anyone? Does Christianity exclude anyone from the concept of personal dignity?
In reality, Europe’s preoccupation is not to exclude, rather to include. This is where its bad conscience lies and this is the perverse result.
Europe wants to avoid a war of civilizations and of religions. It is obtaining the opposite effect: it is provoking the very same because its secularism is just what Islamic fundamentalists hate most.
Europe wants to integrate Muslims or to open toward Muslin countries. It produces the opposite effect: its lack of identity transforms Europe into terrain for conquest.
We are half way into the battle. The turning point is in the consciences of the people. If they allow themselves to be convinced that religion represents an obstacle to be removed, a relic to be abandoned, then the battle will be lost. Fortunately, some signs point to a religious reawakening, a new consciousness, a new spiritual need. If intellectuals are able to interpret it, politicians treasure it and the Churches avoid transforming it into a form of temporal clericalism, then the perverse consequences of European secularism can be contrasted.